MUSUBI celebrates its 100th article with a brief look at Nara’s most famous residents!

When one thinks of Tokyo, several things come to mind. Tokyo Tower, Tokyo Skytree, the Imperial Palace, Akihabara, and scenic views of Mount Fuji. Osaka brings to mind Osaka Castle, Dotonbori, great food and eccentric fashion. But when one thinks of Nara, aside from its many shrines, temples & the towering Daibutsu, the first thing that comes to mind is the deer (鹿). What’s up with the deer, anyway? 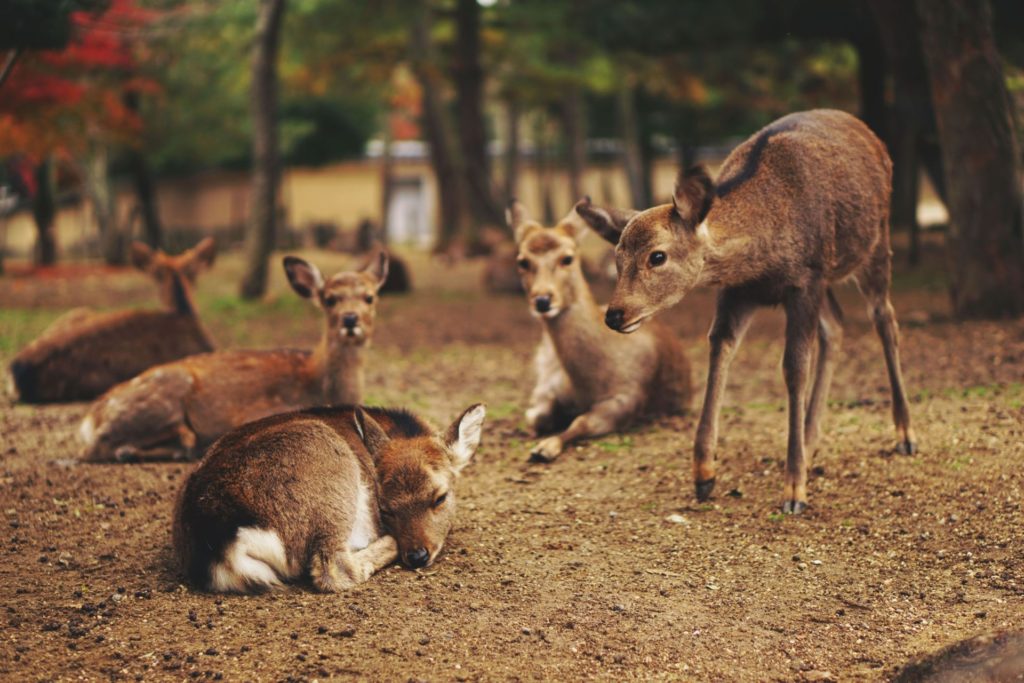 The deer of Nara reside in the expansive Nara Park, an area that includes the grounds of Kasuga Taisha Shrine. Takemi Kajichi no Mikoto, the deity enshrined therein, is said to have ridden to Nara on a sacred dear from Kashima Shrine in Ibaraki Prefecture.

From there on the deer were though of as sacred animals, and to kill one was a crime punishable by death! Nowadays they are no longer sacred but they are protected as national treasures and “natural monuments”. Suffice to say, when one is in the presence of the deer of Nara, one lets them do as they please. 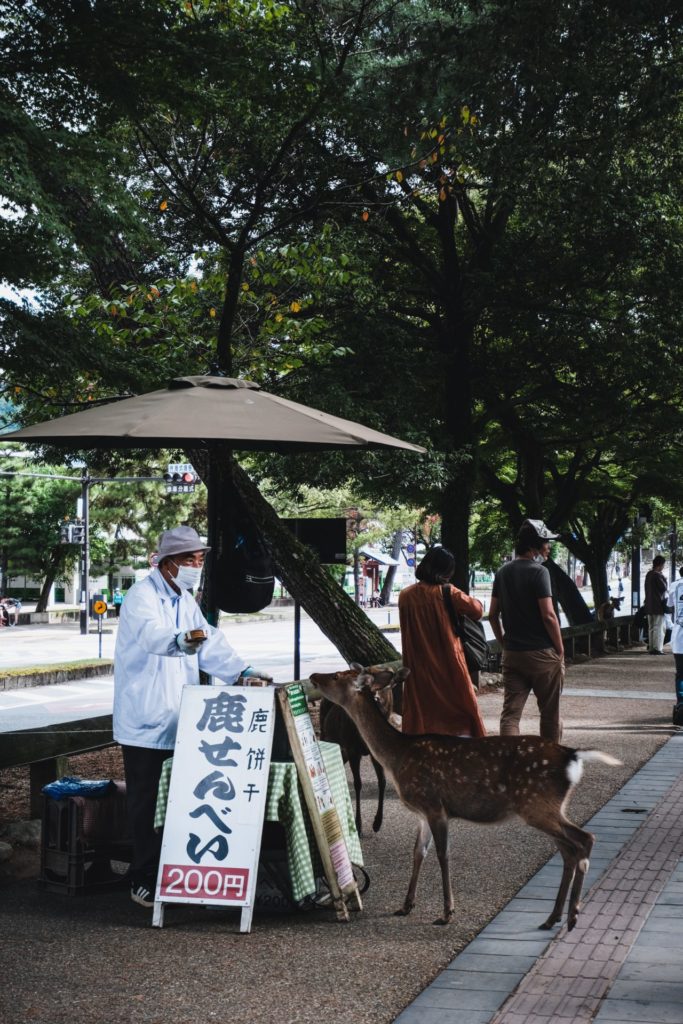 There are over 1,200 deer living in Nara Park and the surrounding area. In fact, visitors will start seeing them soon after leaving the station, and you may even catch the sight of them crossing the street (at the crosswalks!) Nara’s deer have become so used to the presence of humans that they will walk among them freely, though it is important to remember that they are still wild animals. Signs everywhere warn you that they can and may bite, kick or try to ram you if they are frightened.

Nara’s deer are actually split into two types based on their diet: the ‘park deer’ that reside in Nara Park proper, and those that dwell on the slopes of Mount Wakakusa. Grass makes up the majority of their meals, but the park variety benefit from another source of food: tourists!

Nara Park is well-known for its “deer crackers,” or 鹿せんべい. These are nutritionally balanced specifically for the deer, and the only thing you should ever feed them. You can buy packs of the crackers for less than ¥200 to feed them. When doing so, make sure you secure any other belongings- the deer have been known to steal and eat maps, clothing, and more!

Also be forewarned that feeding even one deer will cause others to gather and follow you around as each tries to get ahold of a tasty treat. You may end up getting swarmed! Don’t panic or run- just calmly hand out the crackers until they’re all gone. Then, raise and show your open hands to the deer. They’ll get the message that there are no treats left, and leave you be. 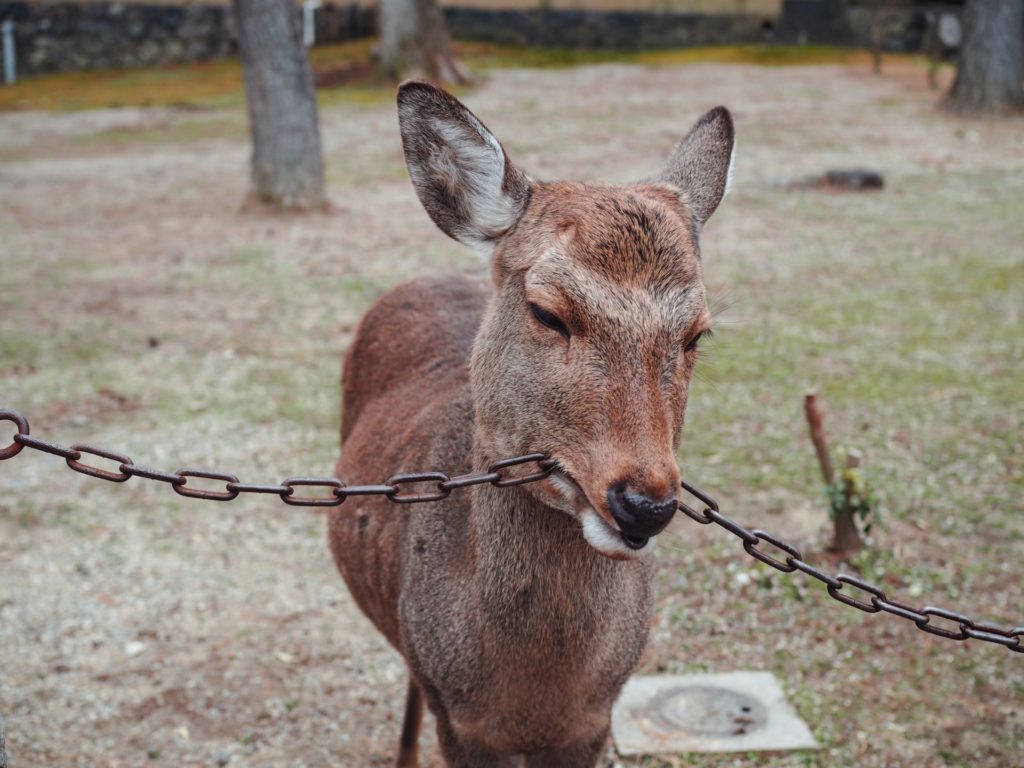 If it sounds like the deer of Nara might be more trouble then they’re worth- make no mistake- they are an absolute public menace that stroll around Nara like they own the place, because they do. They’re also heart-meltingly adorable and you will not regret taking the trip to meet them. Seldom do we get to see such beautiful creatures this close-up, so it’s definitely one to add to your Nara travel itinerary. It’s an experience worth enduring! 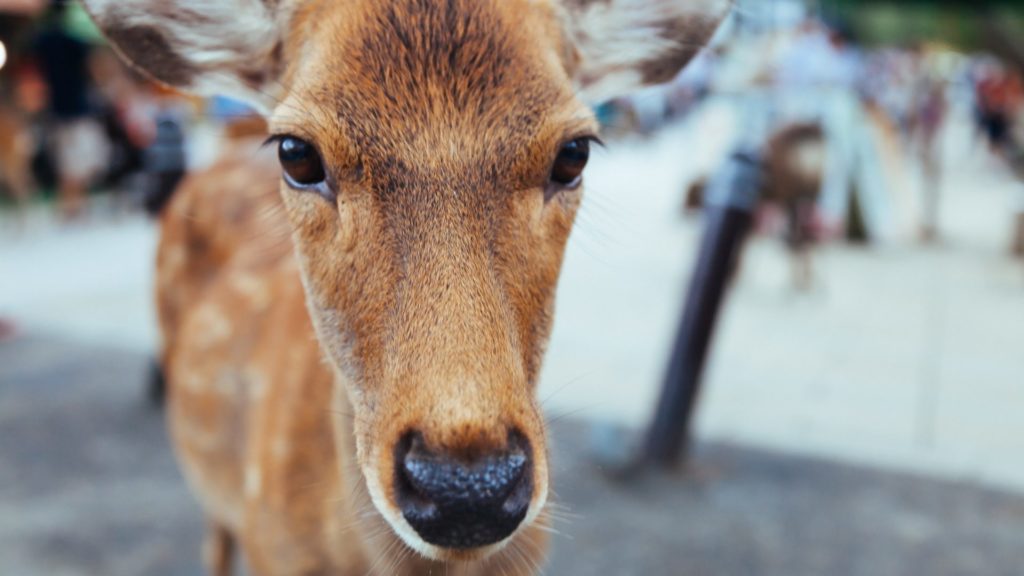 Collaborative works put together by our many talented writers and editors!