The quiet, rural prefecture of Yamanashi is known for its fruit and local dishes rich in thick noodles, pumpkin, and beef. But there is an unofficial second cuisine to this region: Indian food. As (quite literally) billions of people around the world know, Indian food is amazing, filled with bold and memorable flavors.

And best of all, it’s incredibly cheap in Japan, with a meal that leaves you stuffed rarely costing more than 1500 yen. No one understands this better than Yamanashi, where Indian food has taken root even more firmly than elsewhere in Japan. In this article, we’ll take a look at why Yamanashi can’t get enough of curry, and the best places to find some around Kofu, Yamanashi’s capital city. 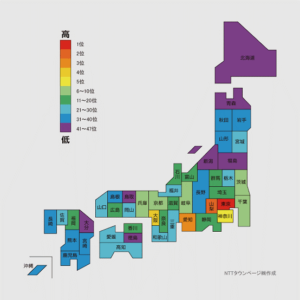 According to an analysis by NTT, Yamanashi prefecture has the second most Indian restaurants per capita in all of Japan, at 2.51 restaurants per 10,000 residents, beaten only by Tokyo at 3.6 per 10,000 and putting them well ahead of third place Aichi at 2.16 per 10,000.

It’s no surprise that the nation’s capital and largest city on the planet is a hub of foreign cuisine, but Yamanashi? It’s a rural, somewhat isolated prefecture, one where it’s not uncommon to go two weeks without encountering another foreigner. And yet Indian food is indeed a ubiquitous part of life here; one cannot spend any time in Kofu or its neighboring cities without spotting the familiar sights of orange signs, Indian and Nepali flags, and little statues of Ganesh.

So how does Yamanashi beat out metropolitan areas like Osaka or Fukuoka? “Yamanashi is hot just like India”, a coworker speculated when asked. Though it’s not a subject that has received much attention or research, from what I’ve been able to gather, a fairly large number of South Asians have been attracted to this region to work in Kofu’s precious gems industry, the largest in Japan. This influx of South Asians, some of whom naturally open shops to sell their country’s cuisine, coupled with Yamanashi’s low population, creates this surprising statistic.

So now we know where this large supply of Indian food comes from, but where are the best places to get it? Here are my top 3 picks: 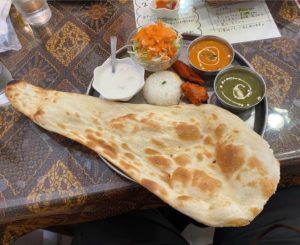 In just about any Japanese city, the best place to look for good food is around the main station. Located about 15 minutes’ walk south of Kofu station, Milan is a solid place to try Indian food. Though unassuming from the exterior, there’s plenty of room inside, with its 4-6 person tables perfect for a group meal with friends or coworkers.

The drinks are cheap, and the menu has a good balance of classics like butter chicken curry and tikka masala, coupled with more experimental choices like pumpkin and eggplant curries and vegetable naan, options I have yet to see elsewhere. Whether you’re conservative in your food preferences or looking to be a little adventurous, Milan has something for you. 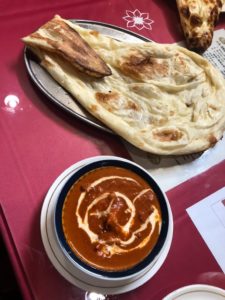 Located just across the street from Kofu station’s North exit, New Mahal is the most convenient and accessible option on this list to any visitor in Yamanashi. It also has the largest and most diverse menu of any South Asian restaurant I’ve ever seen.

While the owners are Nepali, and thus your traditional Indian-Nepali curries and tandoori dominate the menu, they also offer a selection of Thai and Vietnamese dishes, mainly seafood based. They offer reasonably priced set meals as well as unlimited “tabe-houdai” options This restaurant is expansive, with plenty of long tables, ensuring you’re unlikely to wait long for a table, even if you bring a group. Definitely a great choice for someone who has just arrived or is about to leave Kofu station. 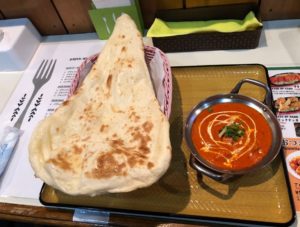 This is my personal favorite and top recommended curry restaurant. Located in the quiet district of Arakawa, on the border between Kofu and Kai municipalities, Namaste may be a little more difficult to reach without transportation, but is well worth the trip. The menu is fairly small in terms of curry selection, but all the options are delicious, and they have the best selection of naan varieties, including a garlic cheese fusion and sesame.

The portions are large, and their cheese naan in particular is the best I’ve ever had. The setting is more intimate than the other restaurants on this list, with a mixture of both small ordinary tables and Japanese style short tables on tatami floors, perfect for a date or outing with a close friend. Namaste is, in my opinion, Kofu’s best kept secret, and well worth a visit to any visiting or settling in the area.

While Japan remains a largely homogenous country, foreign foods still manage to leave a striking impact on local culture and identity. No visit to Aomori is complete without a stop at a French restaurant, Yokohama and Nagasaki are defined by their robust Chinese offerings, and in Yamanashi, particularly the capital of Kofu, it is curry that’s king. Whether you’re working in the area or just stopping by for some sightseeing, give one of these restaurants a chance. You won’t be disappointed.

*First image comes from NTTタウンページ
“破竹の勢いで増加しているインド料理店は、どの県に多いの？”
All other images are original and provided by Jacob Newcomb. Cover image provided by Esperanza Doronila on Unsplash

From Florida, United States
Previously studied abroad in Japan for one year, and is now back for his second!